Kicking for a Cure 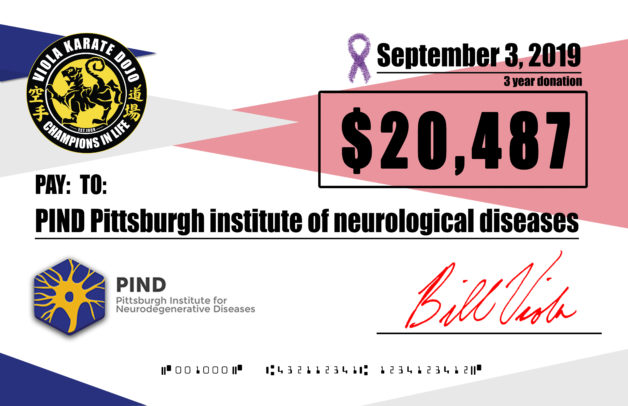 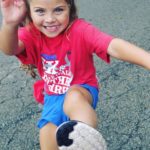 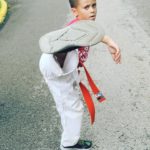 An inspiring group of martial artists have made it their mission to KICK Parkinson’s disease—literally.  On September 2rd 2019 the Viola Karate Dojo and their sister program Norwin Ninjas assembled over 100 students to make a statement and kick non-stop for one mile at Boyce Park.  The students showcased their skill and have donated over $20,000 to aid The Pittsburgh Institute for Neurodegenerative Diseases (PIND) for research over the past three years.

The “KICK” concept was developed Irwin native Sensei Bill Viola Jr., Owner of Norwin Ninjas, and former Mayor and State Senator Sean Logan.   Logan was diagnosed with early onset Parkinson’s disease in his mid-forties and Viola spent years caring for his Grandmother who passed away from neurodegenerative complications.  Logan developed a 5K to promote his “Do Something” campaign as means to encourage exercise.  Physical activity has been proven to be an effective method to combat Parkinson’s disease.   Viola parented with Logan in 2017 to add a “Kick-a-thon” element to the 5k, and its growth has been exponential.  Viola explains, “This year we are proud to break the $20,000 mark in just three kick-a-thons.”

PIND offers a unique twist to the traditional 5K by incorporating Viola’s “Kick-a-thon” concept.  Viola explains, “There are a lot of in-house kick-a-thons that take place at schools, but none that actually kick for distance in the heat. This is the first of its kind.”  The estimated amount of kicks thrown by each participant was 1500 and with over 100 students, the total number was approximately 150,000 kicks.

Viola said, “The cause is near and dear to my heart.  I’ve been looking for a way to fight this epidemic, and having my school ‘Kick’ for a cure was a perfect fit.  Building character is an important part of martial arts.  My students exceeded my expectations. Their selflessness is incredible.”  6-year-old Madden McKeever was the top fundraiser with over $2000 in his two year with the event.   In just four years, through corporate sponsorships and race participants the PIND 5k has surpassed over $1 million dollars in total donations to PIND.  The other top fundraisers were Norwin Students Aaron Goettler, Gabby Viola, Preston Campbell, and Rayden Galley. 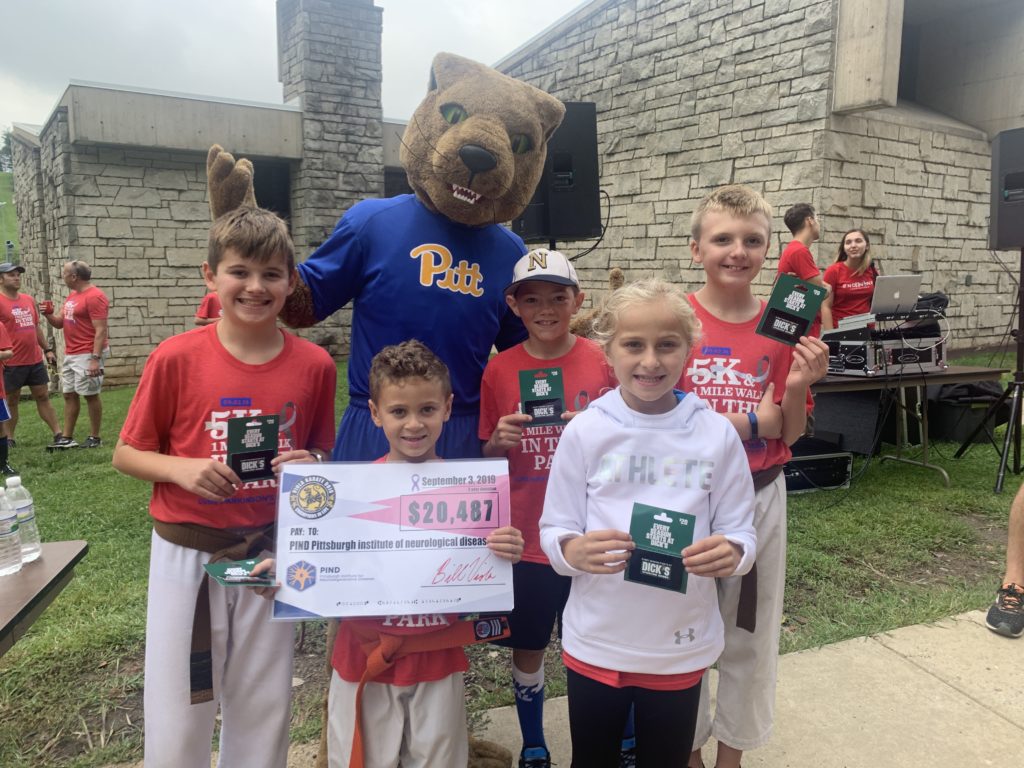 Viola says, “They are making a difference and learning the value of paying in forward. I tell them, Kick with kindness and create an endless a ripple.”